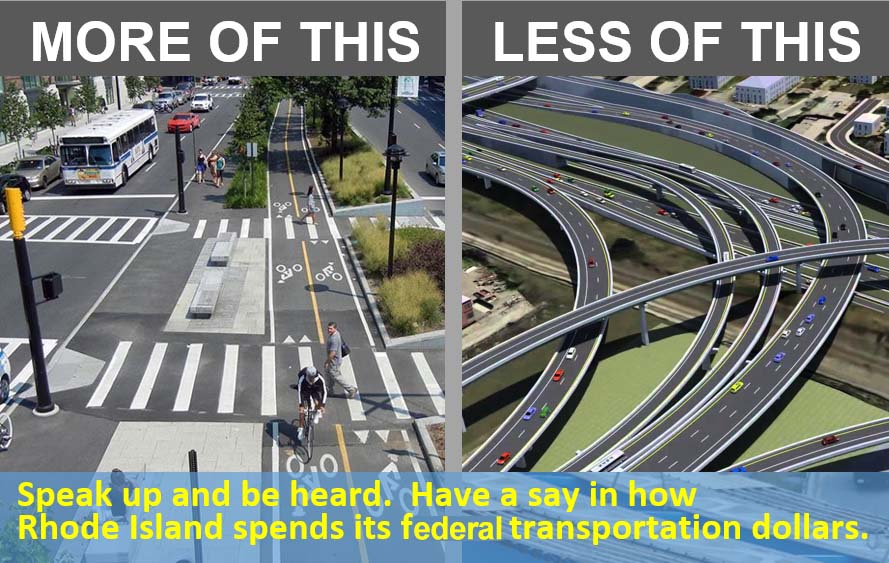 Last summer, we organized around the RI Department of Transportation’s 10-year funding plan: an opaque process which continues to prioritize highway expansion while underfunding public transit and active mobility projects that support people and the planet.

Now, the federal Transportation Bill is giving Rhode Island an additional $750 million, which RIDOT proposes to fast track via “Minor Amendment 2” – with minimal public input and token consideration of the mandates of the RI 2021 Act on Climate law.

WHAT YOU CAN DO: