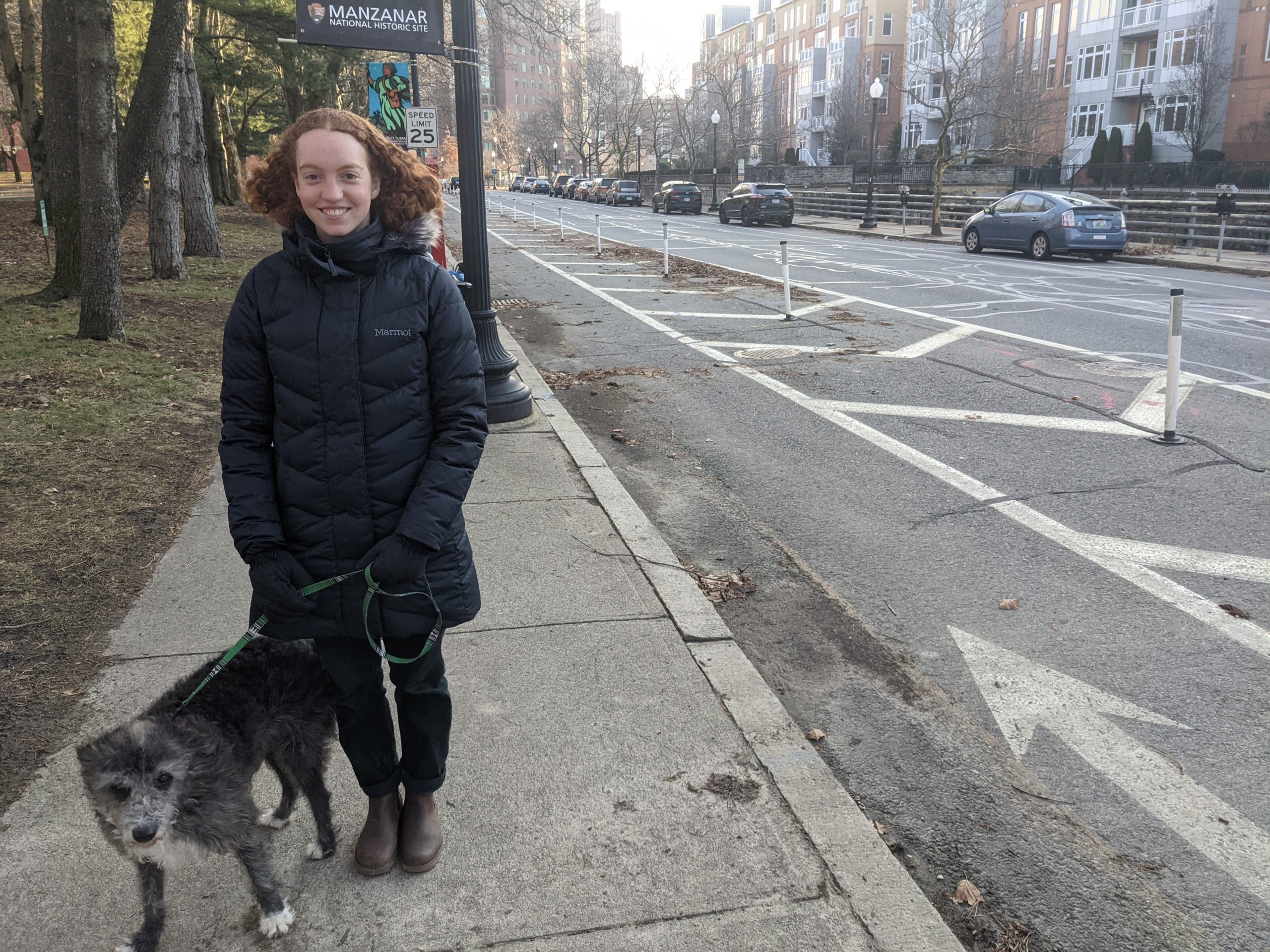 My name is Ella Boyan and I am 18 years old. I was born and raised in College Hill, right off South Main St. I graduated from Classical High School last June and have been taking a year off before going to college. I have spend a good part of this year working on a farm in Tiverton, which has brought me a lot closer to the techniques used in food production and organic farming practices.

I typically get around Providence by bike. I find that it is the fastest and easiest way to get almost everywhere I need to go. It works most of the time. Occasionally I’ll find a really aggressive driver to make the roads a bit more unsafe for us, but after 10 years of riding in this city I have light cycles memorized, routes that avoid cars mapped in my head, and generally good common sense on the road.

In 2016 you made a video and petition calling on the City to create safer bike routes from your neighborhood to Classical High School – what has changed in the last six years? What hasn’t?

Since I made that video petition in 2016, I honestly haven’t found any changes on the route I suggested. In particular, I petitioned for protected bike lanes on Washington Street instead of parking, because it is one of the major connectors between the East and West sides, but that hasn’t happened at all. However, there have been changes such as the additions of bike lanes on Fountain St, Empire St, Clifford St, and South Water St which have made the connection between east and west safer for many cyclists.

How was your experience commuting by bike as a student? Is there anything you’d like the City, the School Department, or a general adult audience to know about it?

As a student commuting by bike I found it a little alienating from people in school, because there were so few people who rode to school. Walking in with a helmet immediately set me apart from most of my classmates, so I ended up becoming friends with the two other people who also rode to school daily. I really like biking, and I find that it is a good way to get around Providence. I have a lot of freedom to go where I want, quickly.

How would you ideally like to get around Providence in the future, and what would need to happen to make that a reality?

In the future, I think the best thing for cyclists in Providence would be to connect the bike lanes we already have. Often you’ll be riding down the street in a protected bike lane and then randomly get spit out into traffic. Then there is a difficult merge, and generally I find it unsafe because cars aren’t expecting you. Usually, on two lane roads I ride in the middle of the lane, so cars don’t try to pass me. I am always scared of riding too close to parked cars because someone could be getting out without paying attention and knock me over. It feels a little unsafe when I can’t go as fast as traffic on a hill for example and have to ride less than a foot away from parked cars so people can pass me. I think connecting all of our current bike lanes into one coherent network is what I think the next step for the city is to make biking safer and more accessible for all.