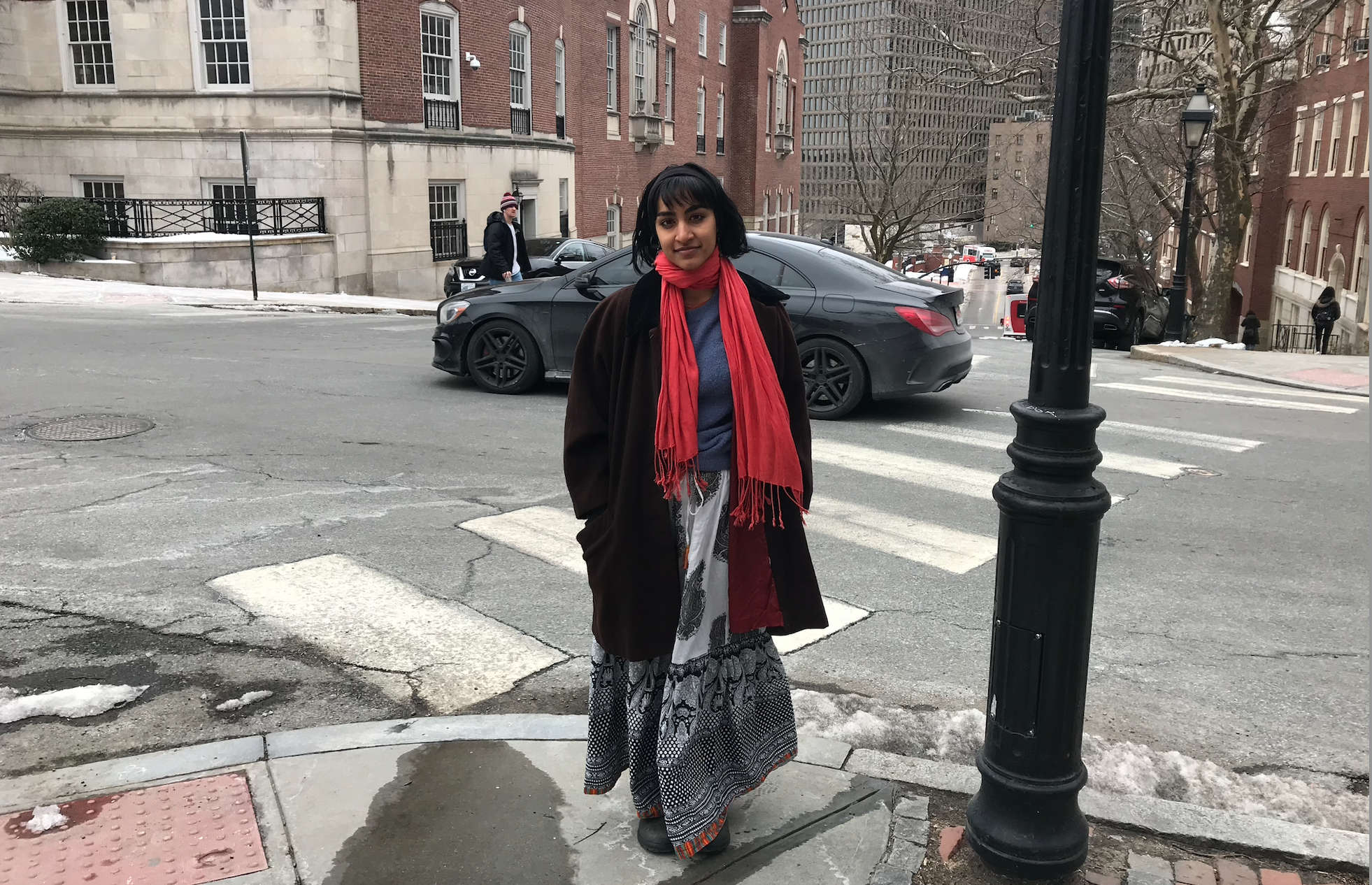 Street Stories shares the views of Providence residents on safety and mobility. Photos and interviews by Justin Cole.

Shreya Kaipa, age 21. I care deeply about public space and community. I live in Fox Point with two other roommates who are currently artists at RISD. I am a student at RISD studying art, design, and architecture. I am also an organizer with the Sunrise Movement, Design as Protest, and the PVD Afro-socialist Caucus. I hope to co-create spaces with communities that work toward social and ecological liberation.

I typically walk or bike anywhere in Providence. Crossing into the South/West End is particularly difficult, and several times I have been close to a collision due to how unsafe the highway intersections are for pedestrians and cyclists. It makes me angry that accessible and environmentally conscious modes of transportation are often not invested in. The Fox Point area has a few more safer streets compared to other Providence neighborhoods, such as the Southside and West End. These neighborhoods also tend to have more working families of color; which rely on accessible transportation and street infrastructure even more. This is incredibly disappointing, as I feel working and living in public spaces that reflect one’s needs is essential to quality of life; especially for communities that have historically been underrepresented.

I would ideally love to see more bike lanes, especially on larger streets and highway intersections. In addition, I would like to see more frequent bus lines to grocery stores. I assume greater pressure on the city would result in more cyclist and pedestrian infrastructure. But, I also believe that building communities of cyclists is especially important in amplifying our presence. If the opposers see that there is a large community in Providence that is demanding safer streets, then hopefully, it will bring them a productive discomfort which will shine light onto how selfish their arguments can often be.

I feel the most unsafe traveling when crossing between neighborhoods, as I will often need to use larger streets which are not typically designed for cyclists. Streets that have bike lanes and fewer cars, such as Friendship Street, are the most comfortable to walk or bike on.

How could the City or RIPTA improve your experience getting around? Is there anything else that you want to add?

The city should implement well designed pedestrian and cyclist infrastructure at highway intersections that border neighborhoods, and especially on larger trafficked streets such as Broad and Cranston Streets. In addition, the city should regularly listen to residents’ concerns and continue to involve the public when following through with changes.