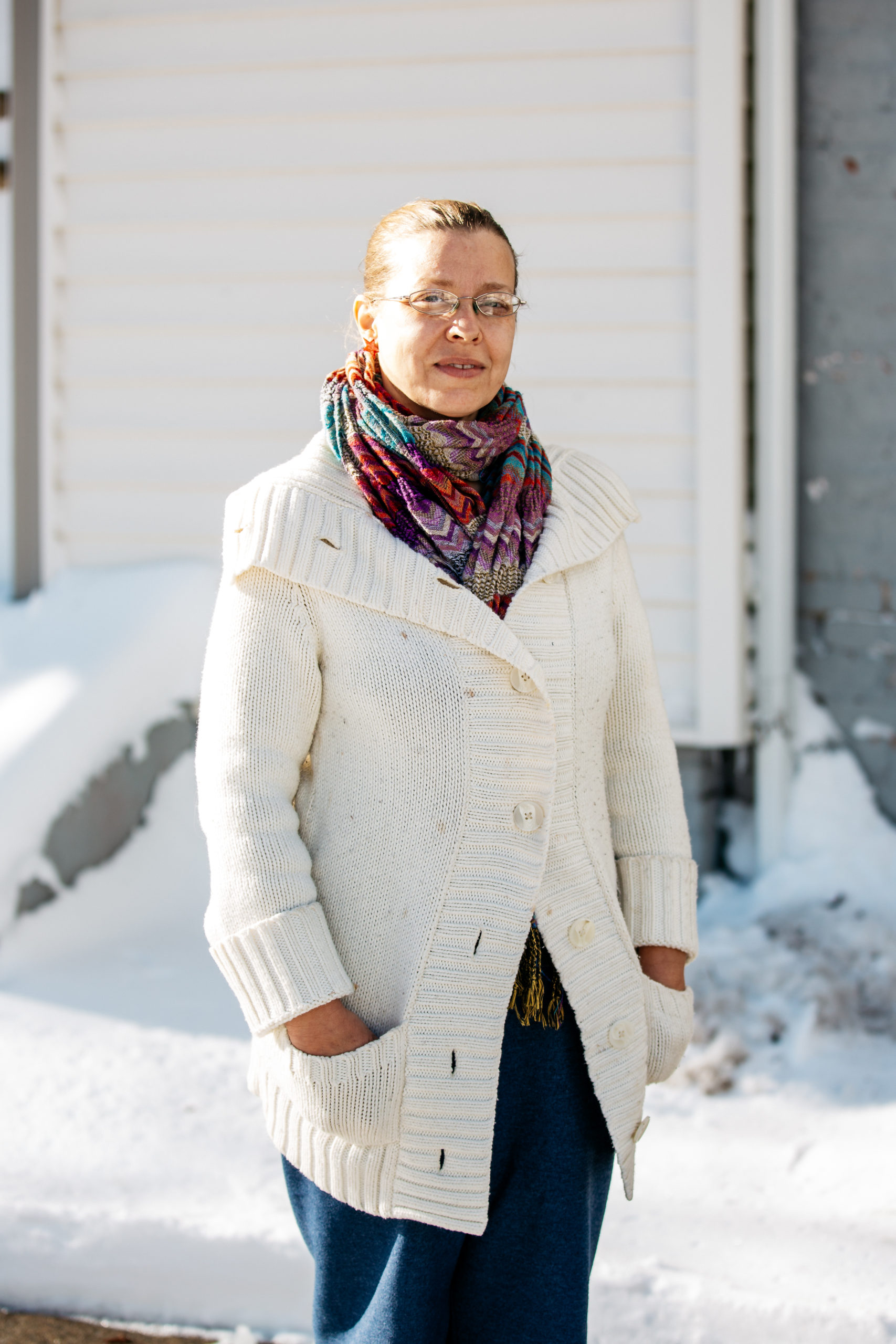 My name is Nova Raine (they/them), and I am 46. I live in the Elmhurst neighborhood off of Chalkstone Ave. I live with my adult son, Atrus Raine, who is 26 and also walks everywhere. My son and I both work at Gotham Greens. [Editor’s note: thanks to Gotham Greens for being a PVD Streets Supporter!)

Atrus had to walk his entire schooling because we lived within the “as the crow flies” three-mile radius of Hope High School, so he never received a free bus pass. I fought the school district on it for four years. Finally, at my son’s graduation, a teacher told me we managed to change the radius so more kids will get passes in years to come.

I mostly walk everywhere. RIPTA is utilized when walking would take too long or have parcels too heavy for the distance. I have not gone to a few of my favorite places because of COVID19, and I don’t trust RIPTA to adhere to its own guidelines.

In June, I began a job search and had to bus around to interviews along the 60 route bus line. Things were fine. Masks were worn. Rider numbers were low and limited. As summer went on and statewide restrictions were rolled back, RIPTA became lax. The drivers were not wearing masks and not limiting capacity on busses. The drivers were not enforcing passengers to wear masks. I won’t get on a bus if the driver does not have on a mask. I got off busses before my stop due to bus becoming too full.

Now the multi-hub ridiculousness will only exacerbate all the other problems with RIPTA. It’s hard enough to make your connector bus at all at Kennedy Plaza because busses are always late or early. Now I have to run across downtown too? C’mon! The City needs to address the real issues that plague Kennedy Plaza: Mental illness. Poverty. Homelessness. Addiction.

As far as walking around the city, there are different problems depending on the season. In the winter, if we have ice and snow, no one shovels. The City does not fine anyone [Editor’s note: see City Ordinance Sections 23-13 to 23-17 on snow removal and the City’s updated recommendations on better enforcement here.]. Too many of us, including too many school kids, must walk in the street due to dangerous sidewalk conditions. The City doesn’t remove snow, it just gets plowed onto sidewalk corners. So even if people shoveled their sidewalks, you would still have to go into the street to traverse the intersection. I once called the city on this, and they said plowing it onto corners is the way, and “What else were they supposed to do with it?” “Omg! NYC removes it!” I told him. He hung up on me.

This recent storm is a prime example of how the City fails its pedestrians. I will be walking in the poorly plowed streets today on my way to work. The sidewalks will barely be passable due to the lack of enforcement of fines. Watching the news at noon and all the focus on is the plowed highways and main arteries showing “how well the State is handling the storm for drivers.” No moment where residents are encouraged to clear their sidewalks. No bit on The Rhode Show about proper snow removal. No encouraging a neighborly spirit for your fellow human. It’s literally about the roads, even though they also keep saying people are asked to stay off the roads.

Over the summer, all the Al Fresco dining took over sidewalks, which aren’t wide enough for dining and walking. The diners inhabit the space so much that when you are just trying to get through, they sneer at you as if you are in their space!

More about sidewalks: cars get to use them as parking spaces with no consequences, all over Providence. In general, walking around what should be a very walkable city is not as enjoyable as it could be. I had a 96’ Jeep Cherokee when we first moved here fifteen years ago. Providence potholes killed it, and the best mechanic I ever had was deported. I will never own another car in this city.

Drivers have no respect or patience for walkers. I cross streets appropriately and get bullied by horns because the drivers do not feel I’m crossing fast enough. Really? I have the crossing signal. I have read the pedestrian laws for Rhode Island. None of them say I must hurry up for your convenience.

When drivers pull out of driveways, parking lots, or side streets, they do not look for walkers. Only to the left for traffic. 90% of the time, they do not see me. Good thing I pay attention because there are too many distracted drivers these days.

If I have to go to a place, I’ll go. How I traverse will be done by relying on intuition. If I get an icky feeling about a street or area, I’ll go a different way. In general, I’ve walked literally from one end of Providence to the other and not had major issues.