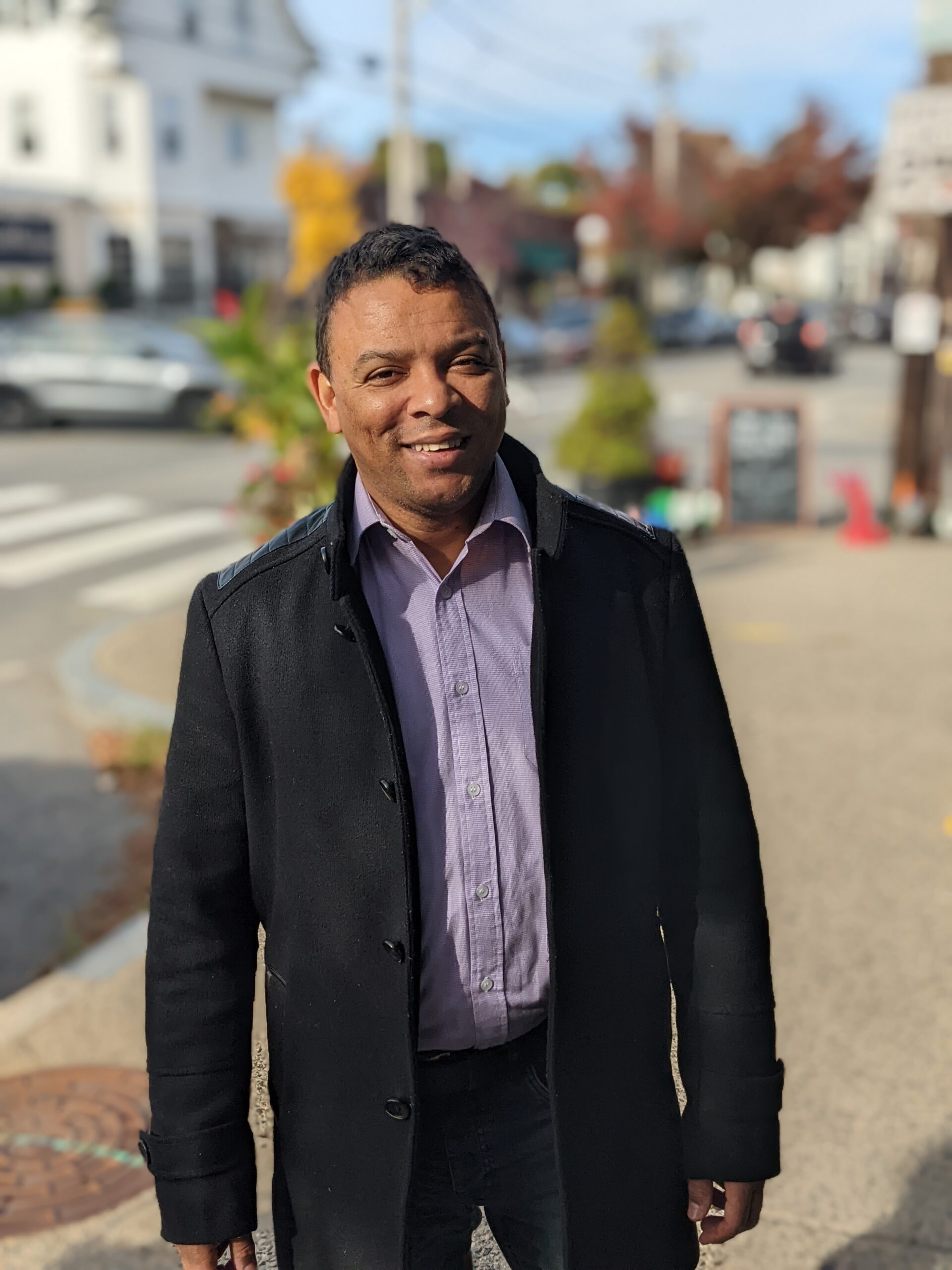 Amilcar “Micky” Lopes. I live off of Hope Street on Carrington Ave, right where I grew up.
I have a BA from Boston College, two masters from the University of Leuven (Belgium), and I’m currently enrolled in school to get a law degree at the University Of Maastricht (Netherlands). I’ve worked as a project manager in banking and financial services.

By car mostly, but sometimes on buses and by bike. You can’t really get anywhere in America without a car, because the system of transportation (roads, routes, stations, lanes, etc) is geared towards maximum use of automobile. Car is King in America, unfortunately. It affects my life and family in that I do not have a REAL alternative means of transportation other than a car. Example: say I want to go to Emerald Square Mall in North Attleboro – I have no choice but to use a car.

As somebody who was born and raised here but has spent a lot of my adult years in Europe, I can say that urban transportation in Providence, and most American cities for that matter, is dismal. Ideally, I would like to get around Providence by bus (more routes), by subway/metro or tram, by scooter, and by bike.

I feel extremely safe getting into my car and driving to my location. I get out of my house, get into a car, and as I am a safe driver, I know I can expect to arrive safe and sound at my location. But I could also feel just as safe with other modes of transportation mentioned above. So for me, the question should be: how much importance do I place in having alternative modes of transportation to get around in the city? And for me, this is VERY high.

What are your favorite parts of riding RIPTA? What are the biggest challenges?

The biggest challenge is that the state lacks vision and the will to address the real issue with transportation: There is no real alternative to get around the state other than using a car.

Build proper bike paths, not just lines and sharrows painted on car lanes to pretend it’s a bike path. Let’s be honest, drivers do not respect bike markings done in this manner, and I don’t blame them either. What we need is a physically built path, often painted fully, separate from the car lane, and sometimes elevated from the actual car lane.

Bike paths should connect major locations (schools, city center, hospitals, major shopping centers) without interruptions. Schools (both secondary and tertiary institutions) should be encouraged/incentivized to convince students to come to school by bike.

How has Providence’s efforts to increase biking, walking, and transit use affected your driving experience or habits?

What would you like to see changed about driving in Providence?

How could the City and RIPTA improve your experience getting around?